Meet the international teachers of the Siracusa Yoga Festival

We are delighted to welcome the yoga teachers who will honour us with their presence and knowledge during the first edition of the Siracusa Yoga Festival. They come from Chile, France, Germany and Italy and offer a wide range of disciplines. Each class will be translated into at least one other language to ensure that all participants can benefit from their extensive experience.

Each teacher will lead at least one session per day. Our festival is organised and should be approached as a mini retreat.

Please take the time to familiarise yourself with the program and register online at your earliest convenience in order to benefit from the best prices.

Welcome to the teachers of the Siracusa Yoga Festival 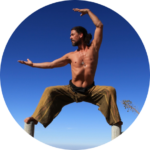 After a life dedicated to personal development through yoga and meditation, Jacopo decided to share his knowledge in the optic of opening to  his students the opportunity for a full, intriguing and rewarding life.

He inspires, helps and works on the integrity of the body as well as actively contributes to building a better world. 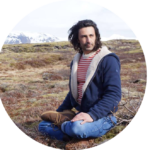 In 1997, Mika de Brito met Baptiste Marceau, son of the famous French mime artist Marcel Marceau and pioneer of Ashtanga yoga, who initiated Mika into the practice of this yoga discipline.

In 2002 he met Arun, an Indian Svāmin (in Sanskrit, “he who knows”) with whom he created Paris Yoga. At the same time he was an active participant of many yoga conferences across the US, and in 2010 he created the Yoga Lab, an immersion of yoga in sound, in partnership with musician Marco Prince.

In 2011 he was a guest of Sharon Gannon’s at Jivamukti’s training in the US. 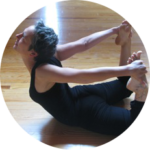 Actress by profession and dancer by devotion, Millie came to yoga some 15 years ago. She combines with joy and generosity Vinyasa yoga with a pinch of Ashtanga practices and a good servicing of yin.

Yoga for Millie is a reflection of every moment in search of a perfect equilibrium, by definition as yet unattained. 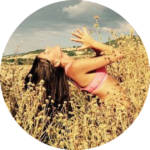 Passionate about the study of the body and its working, Hélène teaches a creative yoga focused on movement and the precision of alignment which is both soft and toning.

She has trained in Vinyasa and therapeutic yoga as well as in Ayurveda massage in India, Thailand, Europe and the US. 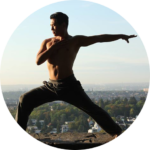 Yoga is Jang-Ho Kim’s way of communication, a way to transfer his experience and his love to the people. His yoga style is an alchemy of sweating, laughing, crying, tension, relaxation and humor. Tae Kwon Do gave him discipline and strength, Qi-Gong taught him how to control the energy and ZEN philosophy has been his mirror for his inner world.

With heart and soul Jang-Ho accompanies the participants on their journey to the unknown inner universe. Jang-Ho leads trainings and retreats around the world and is co-owner of Now Yoga Today, a yoga studio in Wiesbaden Germany. 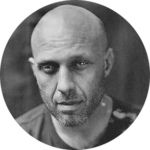 Cyril was trained in Ashtanga yoga (by Caroline Boulinguez and Annick Goueslain from Ailes du Yoga and Sharath Jois, grandsom de Sri K. Patthabi Jois), in the anatomy of movement (by Blandine Calais-Germain) and in osteopathy, before studying Ayurveda Yoga Massage (certified practionner of the Indian Kusum Modak).

Cyril loves teaching and the discovery of Ashtanga,  a world traveller before and after yoga, and passing from a clouded mind in a complex world to a clear spirit in a body at one in its space. 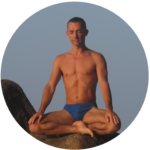 Benoît has been practising yoga for more than 15 years and has taught mostly Vinyasa for ten of those.

He began practising and learning at the side of Gérard Arnaud at the beginning of the nineties. Influenced by the teachings of Peter Goss and Simon Park, his courses are precise, dynamic and engaging, while remaining fluid. 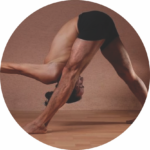 Founder of the École du Souffle (School of Breath), Christophe has been practising sport since the age of seven. Born in 1963, he is the father of a family and has practised windsurf, surfing, sailing, fencing and swimming. He studied music at the conservatory and has worked in a recording studio for 20 years.

Since 1995 he has dedicated his life to the study of yoga. 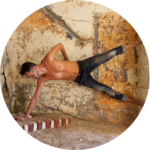 Cyril Moreau has been passionate about the language of the body since an early age and has developed towards a global expression by combining East and West with yoga.

The harmony of body and soul have encouraged him to practise and teach yoga with a personalised and induvidual approach.

Former dancer and actress, Daphnée loves the rigour, audacity and challenging of personal limits that the practice of Asanas (postures) implies. For her, yoga must be practised in listening to and respecting the full consciousness of one’s body.

Trained by Gérard Arnaud, she holds a yoga teacher diploma recognised by the Fédération Française de Yoga and by Yoga Alliance USA. She teaches Vinyasa and soft yoga. 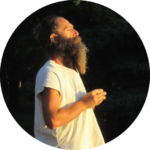 A man of faith, he travels to openings and meeting locations in India and the West.

Devoted to the teachings of the Silent Yogi of Madras, he enhances the teaching he has received by experimenting some practices described in the texts on hatha yoga together with other researchers of the sublime. 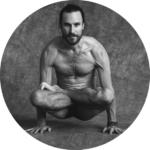 Ian holds an Advanced Certified (800hrs) Jivamukti TTC. Ian has been practising and studying yoga for over 20 years. He discovered yoga in the nineties in a remote place in Chilean Patagonia.

He was a devoted follower of BKS Iyengar, and his « Light on Yoga ». 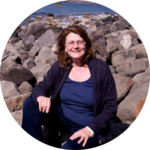 Fascinated from a very young age by the orient, Wanda first approached yoga in 1968, ever since when the path of yoga, knowledge and internal exploration have been a priority in her life.

With a focus on the philosophical, religious and practical aspects of yoga, she has followed the teachings of great masters such as Swami Satchidananda, Sri Chidananda, Swami Satyananda de Monghir, T.K.V. Desikachar, Dr Bhole, Dr Garote, Swami Yogasvarupananda, Yogacharya Janakiraman Bangalore, Vimala Thakar and Willy Van Lysebeth. In December 2000 she founded the Mediterranean Federation of Yoga, of which she is president. 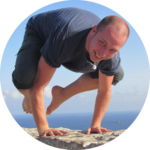 Guiding people through holistic bodywork and sacred music into their hearts gives me joy and a feeling that I found my mission here on earth.

In 2010, Johannes started to teach yoga and lead singing circles at Yoga and Healing Center (www.surya-veda.de) in Renchen-Ulm in the Black Forrest Germany.

Johannes studied the ancient science of Yoga, Ayurveda and Thai Massage at different places in the world in combination with the Philosophy of Advaita Vedanta, Buddhist Dharma Talks and Satsangs with teachers and friends. These sciences and techniques have consistently helped him coming closer to himself, to receive healing and to find much joy in life. 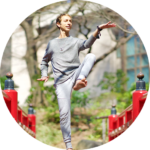 Enzo is trained in ju-jitsu, karate, aikido and shiatsu. He holds the Polestar Pilates certification (IT/USA) and an honors degree in Physical Education and Sport Sciences with a thesis on the benefits of Pilates and Yoga on chronic low back pain. He has also studied many forms of meditation and eastern philosophy.

During his several stays in California, he had the opportunity to explore different Yoga styles, improving his practice before the enlightened and transformative discovery of Odaka Yoga style. Enzo is a 500h registered yoga teacher (yoga alliance). He is the owner of Pilates & Yoga Fusion Studio in Catania (It) and creator of the online yoga and Pilates project “mat you can”. Enzo leads teacher training sessions and workshops around the world, spreading his knowledge in anatomy and physiology and is member of the Odaka yoga education team. His classes bring together a potent mix of asanas, breathing techniques, alignment, meditation and relaxation.